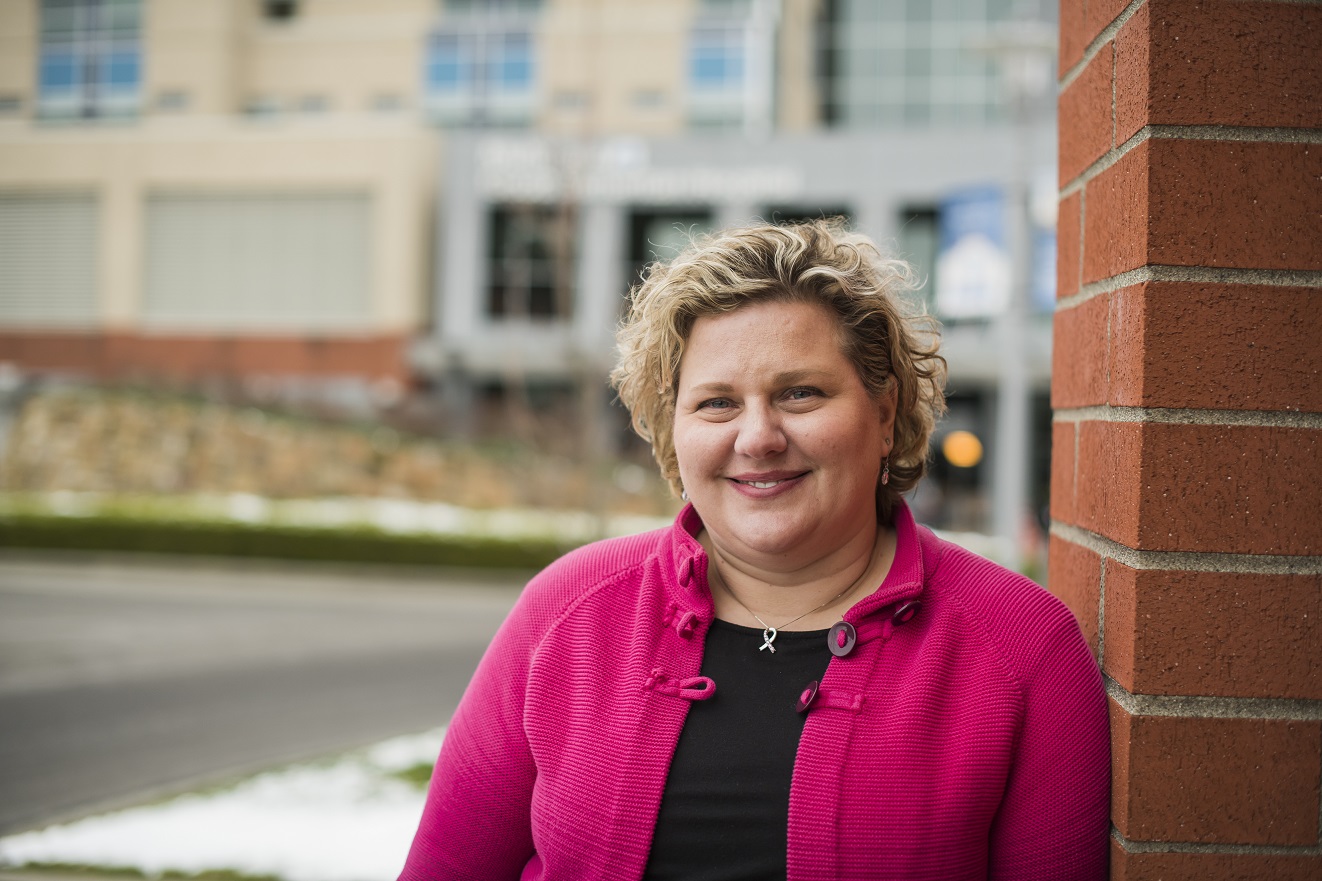 Jenn Mykland’s story of survival began five years ago with a seemingly nonthreatening rash — one that refused to go away.

Inflammatory breast cancer is a rare and aggressive form that is seen in about 2 percent of diagnoses. Often no lump or tumor can be detected, unlike other forms of breast cancer. The symptoms start with a rash or small irritation, like an insect bite.

By the time Jenn made it to the doctor, she was experiencing four of the five common symptoms of breast cancer. She was diagnosed on April 5, 2012.

Her doctor told her, “You have one job right now and that is to fight for your life.”

“Within the next week post-diagnosis, I had appointments with oncologists and surgeons, received brain and breast MRIs, a lymph node biopsy and lots of lab work,” Jenn recalls. “On a personal level, I had to share the news with friends, family and coworkers, and I scheduled the family photoshoot I had been putting off.”

In those seven days, her cancer was also busy. It had doubled in size.

Her treatment at the MultiCare Regional Cancer Center included chemotherapy, radiation and a series of surgeries, all with their own side effects.

“I lost my hair a few days after my second treatment,” Jenn says. “I tried to do it in style. That day, as I drove home, I put the top down on my convertible and let my hair fall out in the wind. I shaved my head the next day.”

She developed a strength that she didn’t even know she possessed, with the help of her supportive family, friends and coworkers along the way. She also credits her “new family” of survivors who made her journey easier by letting her know she wasn’t alone.

To celebrate her recovery, Mykland did something she never thought she’d do — she got her first tattoo. And her second and third.

“Going through treatment, you get tattooed with dots for radiation therapy,” she says. “I went from no tattoos to suddenly having ones I didn’t want. Suddenly having scars, tattoos and complete body modification that you didn’t ask for is frustrating. Rather than be angry, I decided to embrace this and get a survivor tattoo on my wrist and tattoos across my stomach to cover the scars from my reconstruction.  It’s a reminder of how cancer blessed me by changing my focus.”

Jenn has been in remission for almost six years now. She thanks her diagnosis for a change in perspective.

“I feel blessed to have cancer because it forced me to focus on what mattered most in my life,” she says.

Jenn is executive director of patient access for MultiCare, where one of her responsibilities is to connect patients with resources for financial assistance.

“Treatment is so stressful on its own,” she explains. “You should not have to make decisions on whether you can afford your next meal or your life-saving medicine.”

If cancer has touched your life or the lives of your loved ones, consider donating to the Where The Need Is Greatest fund to provide comfort and resources to cancer patients in your community.