Making a difference during the difficult days of a coma 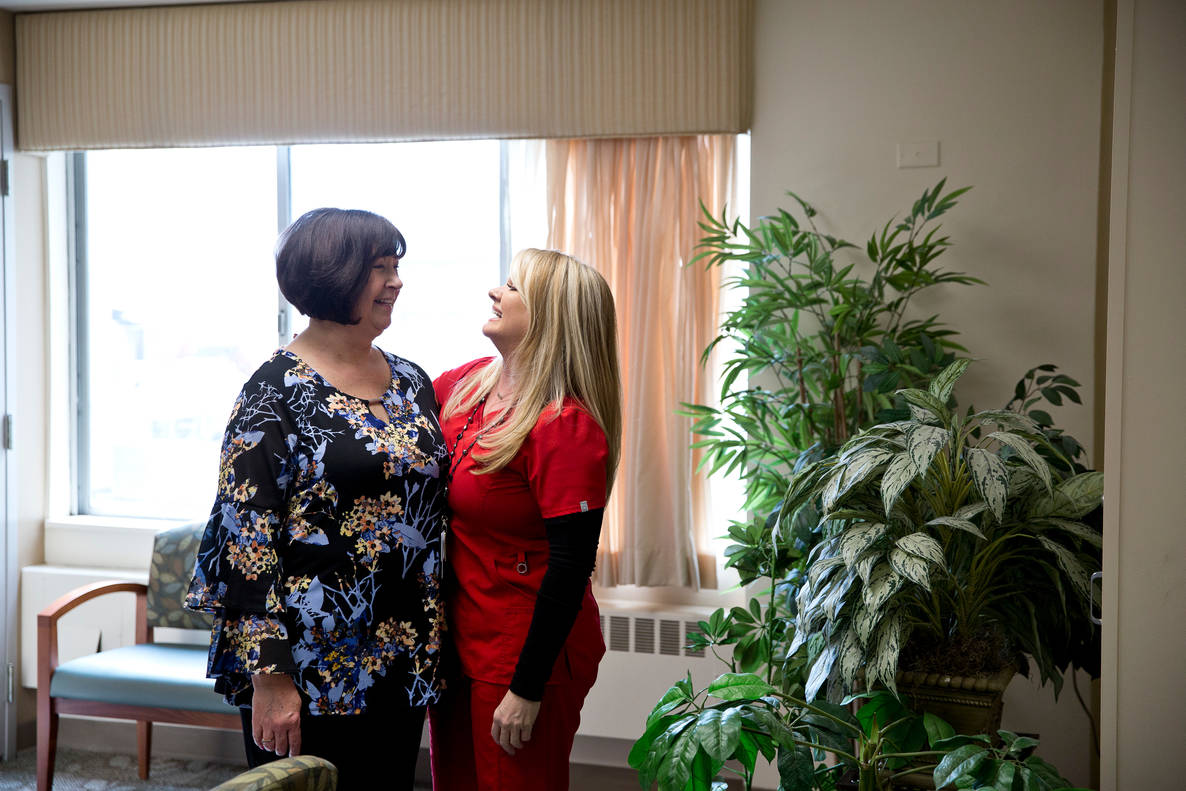 John Glasser says it was a day just like any other in December 2016. He and his wife Lisa had just come home from work and were getting ready to make dinner together.

About an hour later, Lisa told her husband she had a headache and pain in her neck.

“Just like that, she went unconscious and hit the floor. No heartbeat, no nothing,” John says. “I had the phone in one hand and I was doing CPR with the other while talking to 911. I tried to take her pulse, and there was none. She was gone.”

He continued to give his wife chest compressions on their living room floor for a full 10 minutes until Medic One paramedics arrived. It’s a memory that still fills John with fear and pain when he talks about it today.

“They pretty much had to pry me off of Lisa,” he recalls, “and then they kept working on her for almost an entire hour.”

After three defibrillation attempts and four different injections to help restart her heart, paramedics were finally able to get Lisa’s pulse back. She was immediately transported to the emergency department at MultiCare Auburn Medical Center.

At the time, the Auburn emergency department had just been reopened with improved patient spaces and enhanced equipment to provide safer, more efficient lifesaving care for people like Lisa. The renovations were done, in large part, through funding from donations to the South King Health Foundation.

Once Lisa’s heart function became more stable, she was moved from the emergency room to the intensive care unit, where she remained in a coma for six days.

Pai Cisneros, RN, was one of the many nurses who helped care for Lisa as she started to regain consciousness.

“It was maybe a week or so before she really started to wake up after I met her the first time,” Pai says. “I remember the day I went in and she was finally awake, her husband and family were there and they were singing together, so I asked if I could sing right along with them. That’s a memory that sticks with me.”

To Pai, being a high-quality nurse means treating patients as if they’re your own family.

“The patient is not just a room number,” she says. “With Lisa, she’s a wife, she’s a mom, she’s a daughter, she’s a friend — she’s somebody special to a lot of people. And for me, that’s the way I try to lead all of my interactions with patients.”

During her hourly rounding, Pai and her team would check Lisa’s heart rate and make sure her vitals were stable. Lisa’s heart monitor allowed all of the nurses in the ICU to see her rhythm, whether they were there in the room with her or at the nurses’ station. 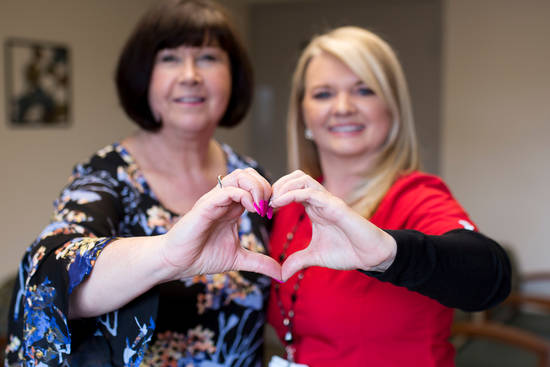 Because caring for the whole patient means caring for their family, too, Pai always made sure to ask John if there was anything he needed during her check-ins with Lisa.

“I would tell him to stay positive, and just really wanted him to know that she was getting the best care possible,” Pai says.

John couldn’t be more grateful for the level of attentiveness and kindness Pai showed him, especially on the tough days.

“Pai always made it a point to cheer me up during times when I really needed it,” he says. “I can’t thank her enough for that.”

Looking back on her experience, Lisa is still shocked about how suddenly the heart attack came on. She had no known heart problems, and was even planning to have knee surgery later that month.

“The crazy thing is that I had just been cleared for the surgery four days before all of this happened,” Lisa recalls.

Nothing came up in the tests that were taken in preparation for scheduling her surgery — nothing that would have given any indication of an impending heart attack, at least.

According to the Centers for Disease Control and Prevention, someone has a heart attack every 40 seconds in the United States. Of those attacks, nearly half strike without any warning or prior symptoms. These are often referred to as “silent” heart attacks.

Thankfully, there are lots of things people can do prevent heart attacks. It’s important to educate yourself on them, even if you don’t think you’re at risk.

“All of our cardiac patients go through something called cardiac rehab, which is a program that teaches people not only about exercise, but also about diet and stress management too,” she says. “Everything plays a role, and it’s all about knowing what you can do to stay healthy.”

Now, more than two years after her heart attack, Lisa says she feels strong and healthy. She’s thankful to be more knowledgeable about what she can do to stay heart healthy, something she credits her Auburn care teams, Dr. Krishnan and her primary care doctor Nicola Walker, MD, for teaching her.

“I am grateful!” Lisa says. “Grateful to be alive, and grateful for the many people it took to keep me alive.”

On the one-year anniversary of Lisa’s heart attack, the Glassers delivered heart-shaped cookies to different departments at Auburn Medical Center. Pai was there that day, and both Lisa and John were thrilled to have the chance to thank her again in person.

“Everyone who works here, they all really need to know how much it means to the people they take care of. I don’t think they get to hear it enough,” John says. “What they do and how they do it can make the difference for the family’s experience. I will always look back on our time at Auburn Medical Center with appreciation for so many who helped my wife and my family in our time of need.”

You can contribute to the futures of MultiCare nurses in Auburn, Covington, Kent, Maple Valley and Black Diamond by making a donation to South King Health Foundation.