Breast cancer: a physical and mental battle for Monica 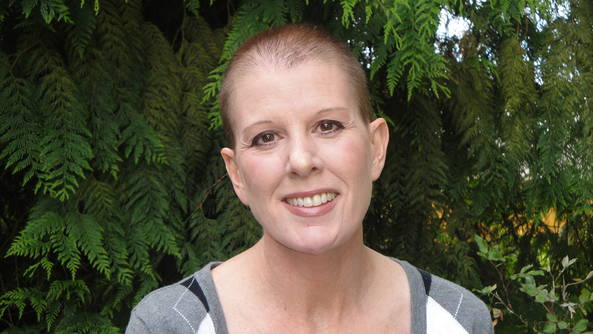 “Cancer made me and my family stronger. It tests your mettle.”

Monica Tolas is a force to be reckoned with. When you first meet her, you will feel welcomed by her kind disposition. After hearing her story, you will be enamored by her strength.

Tolas recalls her journey with a mix of grace and humor.

“I could handle the hair loss. You can get a wig. And the eyelashes — you can get fake ones. What I couldn’t handle was losing my eyebrows. I could never seem to draw them on right,” she laughs.

Her family has a long history of cancer, so Tolas has had her fair share of scares.

“I had a benign tumor at the age of 41, which caused a lot of anxiety, but when I walked in to see the doctor this time I just thought it was going to be benign again,” she says.

But in April 2012 she received the frightening news: Tolas had breast cancer.

“I think everyone goes through this when they are diagnosed: sheer shock and speechlessness,” she says. “My husband was with me, and he just cried. I told myself that I couldn’t cry, not here. I had to be strong.

“I slept in a separate room that night and just cried all night. You think you are ready for the possibility of cancer, but you never are.”

Tolas was immediately referred to the Cancer Center at MultiCare Good Samaritan Hospital and began treatment with X. Liao, MD. Her treatment lasted 20 months and consisted of chemotherapy, radiation and multiple surgeries.

She recalls her second round of chemo being the hardest, with infusions lasting over four hours.

“I would sit during chemo and think of all the places that I could drive to during the length of my infusion,” Tolas says.

From the very beginning, Tolas felt total confidence in her treatment and Dr. Liao.

“From the start I was provided with such a clear path: get better and get back to your family,” she says. “Dr. Liao was a big part of my treatment and recovery. He always had really great faith in me — more faith then I had.”

But her confidence in her treatment couldn’t prevent the dark thoughts and emotions that began to overwhelm her.

“Initially I kept my depression and suicidal feelings to myself,” Tolas says. “One day, I was at treatment and a nurse could tell that something was wrong. I finally told her that I was consumed by depression and anxiety. She told me that she couldn’t let me leave if I was a threat to myself or others. I felt like I was — and that’s how I ended up in the Good Samaritan Emergency Department.” 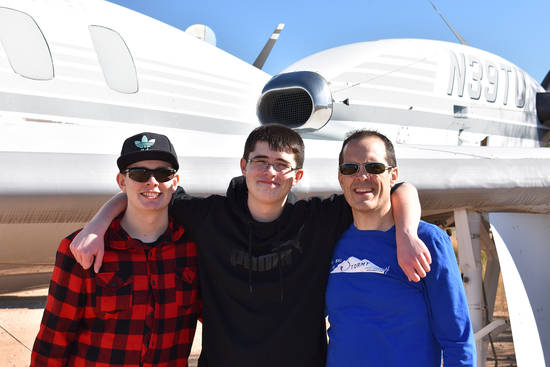 Tolas was given medication and sent on her way, but her symptoms worsened. With her husband’s encouragement, she checked into a hospital for psychiatric treatment.

After being discharged, her journey was far from over. She desperately needed to continue psychiatric treatment but was told that she couldn’t be seen for another eight weeks.

“I thought that if I didn’t get immediate mental health care, I wouldn’t be alive in eight weeks,” Tolas explained.

“Dr. Liao saved my life. I met him in his office and begged him to help me. He called me the next day and said that he called in a favor and I had a therapist appointment the next day.”

With continued treatment and the support of her family, including her sons who were no older than 12 at the time, Tolas soldiered through.

“My oldest son would get home from school on days that I didn’t even get myself out of bed and he would sit next to me and hold my hand,” she says. “This wasn’t for 5 or 10 minutes; this could be an hour or more — for as long as I needed.”

After her experience, Tolas began talking to her friends about the depression that can happen during the treatment process. She was surprised at how many women shared her experience.

“It is so stigmatized, people tend to keep it quiet — but that is dangerous,” she says.

Although her cancer journey was not an easy one, Tolas still has no trouble recalling very happy moments she had along the way. Like the first time she debuted her freshly bald head in public.

“Every July my family and I head to Lake Chelan,” she says. “It was soon after my diagnosis and chemo treatment but I hadn’t planned on a wig because it was too hot. And I wasn’t at the place where I could walk around bald — that would come later.

“So I bought this huge sun hat that I absolutely loved. As we were sitting on the beach under an umbrella, I was getting too hot to the point where I just couldn’t stand it anymore. I whipped off my hat, threw a blanket on the beach and just sat down.

“The next thing I know my youngest son comes running up to me on the beach. He says. ‘MOOOOM, you’re bald now! You have to wear sunscreen.’ He reaches into my bag and dumps sunscreen on my head. I mean, it is running down my face. And we sat there laughing and laughing.”

Or the time that she tried on wigs at the donor-funded wig boutique in the Cancer Center.

“I took a friend whose mom who was a breast cancer survivor, and we spent over an hour trying all kinds of crazy wigs, finally landing on one that made me feel more like me,” Tolas says.

Now cancer-free, Tolas is proud to be a member of this club of survivors: women and men who attacked cancer head on.

For those at the beginning of this journey, Tolas offers a few pieces of advice:

If cancer has touched your life or the lives of your loved ones, consider participating in Come Walk With Me, the largest breast cancer walk in Pierce County benefiting breast health programs and treatment to your community.

“When you are dealing with cancer, you get so bogged down, you need to be reminded that you are going to make it,” Tolas says. “I always told people that I will be a little worse for wear, but I am coming out on the other side.”