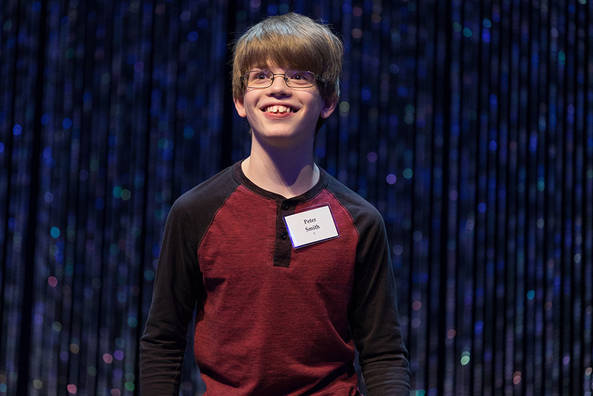 Positive. Determined. Eager to learn. Advocate. This is how his parents, friends and care providers describe Peter Smith, 13.

“I have always worked hard from the moment I was born,” Peter explains. “Both my twin and I were preemies — we stayed in the hospital for nine weeks.”

At 2, Peter was diagnosed with diplegia — a type of cerebral palsy (CP) that affects his legs and his left arm. Peter has embraced his condition and uses it as an opportunity to educate people around him about CP and advocate for other kids with special needs.

“It’s important to educate yourself about who you are and what you want people to know about you,” says Peter’s mom, Annette. “Peter is not afraid to share his story; he is not embarrassed or ashamed. He is proud and he advocates. It is good for him to advocate for those who can’t speak for themselves.”

This advocacy began as early as 8 years old, when Peter wrote an open letter to his classmates explaining what it means to have CP. 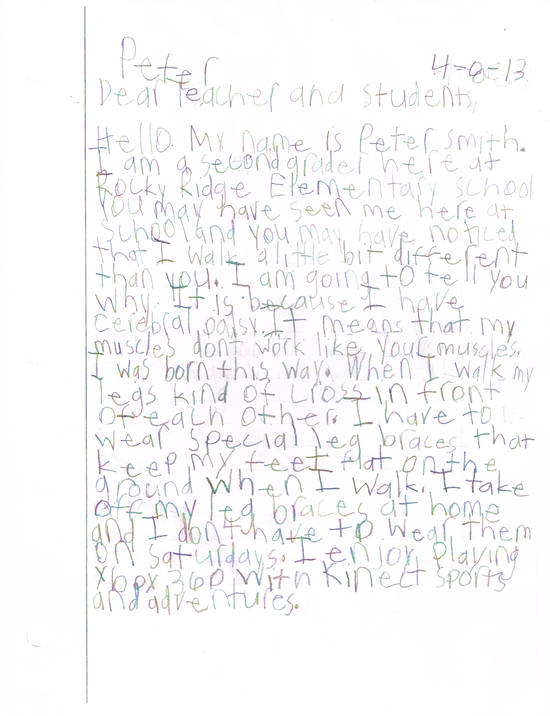 “You may have seen me here at school and you may have noticed that I walk a little bit different than you,” Peter’s letter begins. “I am going to tell you why. It is because I have Cerebral Palsy. It means that my muscles don’t work like your muscles. I was born this way.

Peter has been a patient at Mary Bridge Children’s Hospital & Health Network for 10 years.

Peter’s routine includes a combination of physical and occupational therapy. Aside from his at-home care, Peter also visits the Mary Bridge Good Samaritan Children’s Therapy Unit (CTU) twice a week. The CTU holds more than a decade of memories for the Smith family — including Peter’s first steps, which were taken in the therapy pool with his former physical therapist.

“When Peter was young, his diagnosis was hard for us to swallow,” says Annette. “But after visiting CTU and talking to different parents and therapists, we have grown. It has also allowed Peter to grow.”

Peter’s routine requires the use of many different devices, from knee mobilizers and night-time orthotics to custom-tailored shoes and daily-use orthotics. Because he is still growing, he gets customized shoes every six months (extra wide because of his orthotics) free of charge, thanks to CTU donors.

While these treatments help Peter in his day-to-day life, attending a public middle school and living in a world not designed for people with special needs can still be tough. Peter is faced with mobility challenges — but he doesn’t let those challenges limit him.

His advice for staying positive in the face of adversity?

“Try to accomplish something every day,” he says.

“Peter is tenacious,” says Peter’s father, Ron. “He is up at 4:30am every morning to do his morning stretches. He is very routine and does it consistently. He never gives up.

“I think that Mary Bridge and CTU provide a scaffolding for us. There is no cure, but it provides a framework for us to build on. They give us tools and we apply them.”

Peter has accomplished a lot at the young age of 13. His most recent milestones include winning the 2017 Mary Bridge Patient Hero Award and learning how to swim.

He credits his family and his personal mantra — “Do your best and forget about the rest” — for his success.

“Peter’s condition has made us all, as a family, appreciate the little things,” his mom says. “When we start to complain, we stop ourselves, because Peter goes through so much daily and he remains positive. He is a motivator.”