Battling a brain tumor before kindergarten

Noah Markstrom came to Mary Bridge Children’s Hospital Emergency Department on Dec. 5, 2017. Less than an hour later, his family learned that he had a brain tumor.

Looking back, his parents Kara and Kyle Markstrom are still amazed at how fast it all happened.

“I never even sat down. They immediately got us in for tests and were able to figure out what was going on very quickly,” Kyle recalls. “It was amazing how fast and organized they were. We knew where we stood within an hour and were already working on a game plan.”

The family met with pediatric neurosurgeon Ronald Grondin, MD, and learned that they were not going home. The plan was to wait at Mary Bridge until a surgery slot opened up in the operating room (OR) to remove the tumor.

After some shuffling, Noah’s surgery was booked. He was prepped and scheduled to be transported to the OR at 7am, but then the unthinkable happened. At 6:30am, his tumor hemorrhaged. 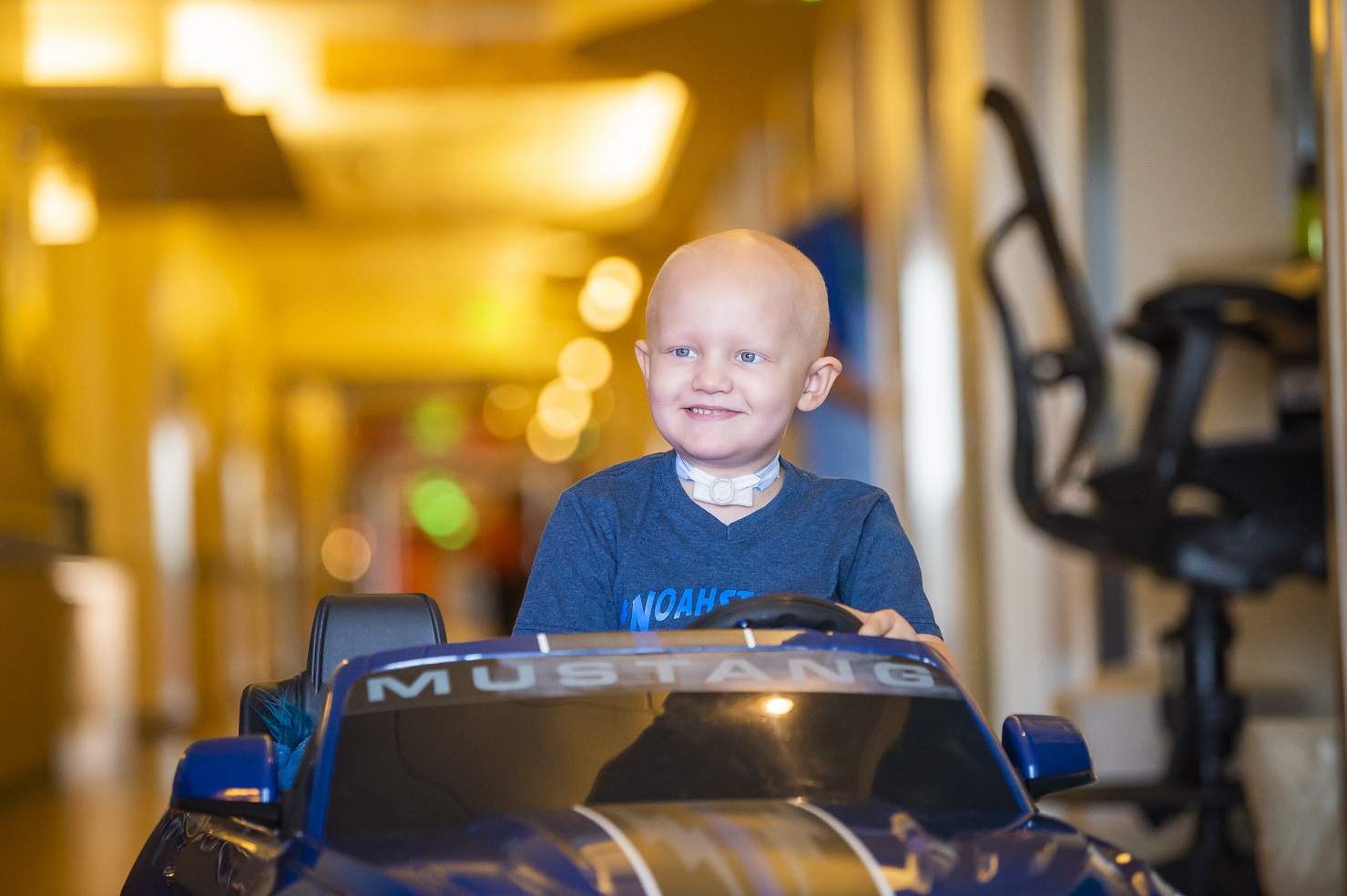 Noah was in surgery for more than four hours. Because of cranial nerve damage caused by the tumor and side effects of the hemorrhage, Noah was left with a long recovery — everything from his breathing and swallowing to his vision and temperature regulation were affected.

Noah spent a total of 51 days at Mary Bridge, 30 of which were on a ventilator in the Pediatric Intensive Care Unit (PICU).

“It’s a really incredible team they have in the PICU. We got to know the nurses really well. Especially being there through the holidays. Some of the staff feel like family,” Kyle says.

The Markstroms celebrated Christmas, New Year’s and even Noah’s birthday with the Mary Bridge staff. When he graduated from the PICU to the medical-surgical unit, the staff threw him a party and continued to visit him every couple of days.

“Being in the hospital that long, keeping Noah’s spirits up was really hard to do. But everyone went above and beyond to help him,” Kyle explains. “I couldn’t imagine just being in a normal hospital setting and not having those resources. It would’ve been unbearable.”

It was the small things that made the biggest difference: from Child Life Services visiting Noah and providing him with activities and distractions during procedures, to tricycle and wheelchair races down hospital hallways, to the family’s social worker giving them vouchers for meals in the cafeteria.

“It was a reminder to eat,” Kyle explains. “We never left the hospital after Noah was admitted. These vouchers gave Kara and me a quick meal and a little quiet time. That was as big as anything.” 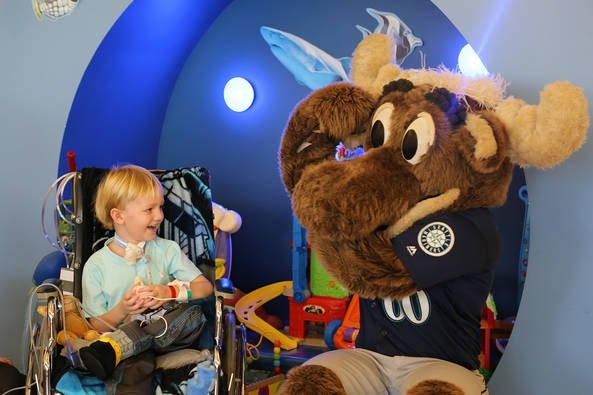 While the Mary Bridge staff made a lasting impact on the Markstrom family, it was Noah who was the real rock star, according to his medical team.

“Noah is a great kid with an amazing family that has been instrumental in his recovery. His smile is infectious and he is brave beyond his years,” explains Jodi Gragg, RN, Director of Inpatient Nursing Services. “He has inspired many of our doctors, nurses and respiratory therapists because he never quits. He is a superhero, like Batman.”

Noah and his family have since left the hospital but have not yet returned to their home in Centralia. Because of Noah’s need for continued care, they have temporarily relocated to Tacoma. Kara has resigned from her job to focus on Noah’s recovery. His treatment includes daily radiation and weekly specialist visits, as well as speech and physical therapy.

Noah’s medical journey is far from over, but he remains in good spirits, making friends wherever he goes.

“A 5-year-old should never have to go through everything he has,” Kara explains, “But he is a tough little guy and we are so proud of him.”

You can support high-quality, compassionate care for families like the Markstrom's by making a gift to Where The Need Is Greatest.