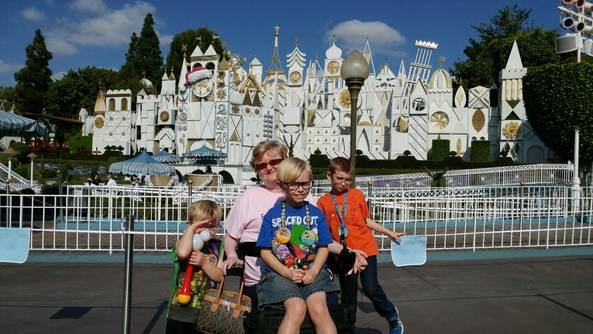 In 1998, Sally Linn was a promising ice skater headed to the Junior Olympics. Weeks later, she was in critical condition, comatose.

It has been 20 years since Sally’s life-changing two-and-a-half month stay in the Mary Bridge pediatric intensive care unit (PICU), but she remembers it vividly.

In March 1998, she was admitted to Mary Bridge with flu-like symptoms. Minutes after being admitted, Linn’s heart stopped.

The official diagnosis was acute viral myocarditis, a critical illness that attacked her heart as well as her motor nerves and muscles. Her condition was rare and survival was unheard of.

Thanks to the care she received at Mary Bridge, Linn was the first person to survive this condition.

For most her stay at Mary Bridge, Linn remained in critical condition. As a person of deep faith, she credits God, her supportive family and the team at Mary Bridge for her miraculous recovery.

Before the PICU’s donor-supported renovation in 2013, the only available space for visitors was one chair. Linn’s family would sit with her in shifts while she healed, staying in an apartment provided by the hospital when they couldn’t be by her side.

Those apartments, called Tree House: A Place for Families and supported by donors, are still available to families today — just across the street from Mary Bridge.

“If it had not been for the apartments made available for my family, there was no way they could’ve been with me as much as they were,” Linn explains. “When your world is shattered into bits, you need constant support.”

Linn remembers Mary Bridge being a place of comfort and happiness.

“I have memories of laughing and very light-hearted moments,” Linn recalls. “The PICU nurses would find trinkets and put them on the shelf in my hospital room to make it feel more homey. One time, they snuck me down to the emergency room on a gurney so that I could see my dog.”

Linn’s hospitalization was followed by another month of physical therapy at MultiCare Good Samaritan Hospital. Because of the attack on her nerves, she was never able to recover full motor function and left the hospital and rehab in a wheelchair.

“They told me when I first woke up that we would assess my health after a year. And, I kept thinking that I couldn’t wait that long. Well, 20 years later, things are still changing,” she says.

Linn is now 32 years old. She works as a sexual assault educator, hosting webinars for counselors and seminars for her church. She has a degree from Washington State University.

Although her ice-skating aspirations were cut short, Linn’s attitude has remained positive. She thanks Mary Bridge doctors and donor support for her quality of life.

“I want to share my experience because you can’t see miracles just by looking at someone,” she says. “You have no idea what someone has gone through to get where they are today. What others have done for them.”