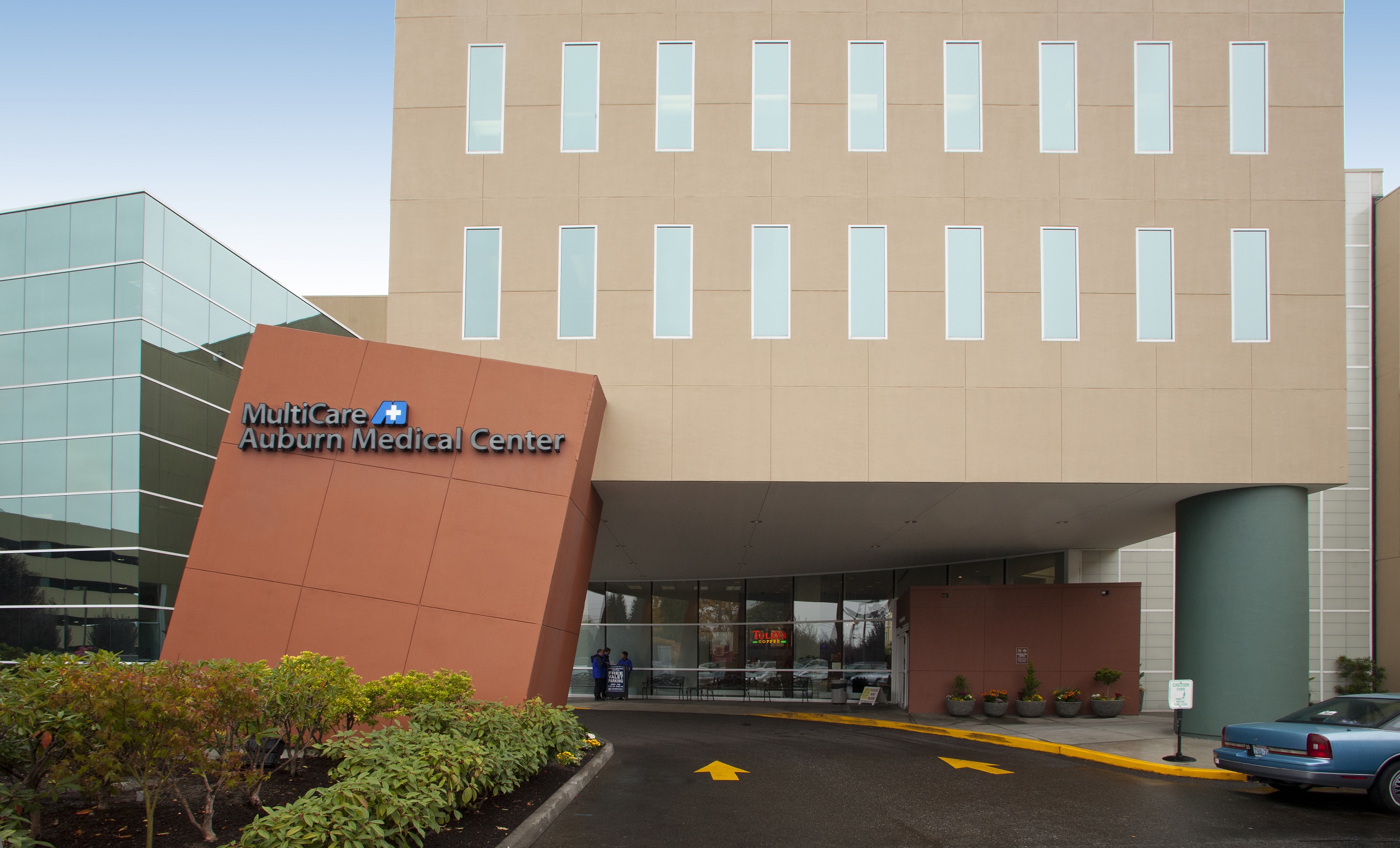 A lot has changed in the city of Auburn in the last six years - changes that couldn’t have happened without the support of an organization committed to revitalizing the city.

On October 1, 2012, Auburn Medical Center (then known as Auburn Regional Medical Center) became the fifth hospital to join the MultiCare Health System network, and the very first from South King County. The acquisition was part of MultiCare’s vision to strengthen and expand quality health care to families not only in Auburn, but in its surrounding communities too.

“I always tell people, ‘There are bigger cities in Puget Sound, but there isn’t a bigger community than Auburn,” says Dr. Steve Anderson, MD. He’s been an emergency department (ED) physician in Auburn for 32 years, which means he’s seen the hospital go through more changes than just about anyone.

Back in the early 2000’s, Auburn Medical Center was recognized as a top medical training center in partnership with the American Heart Association. But when that partnership ended, Anderson says the hospital’s culture “lost its passion” to remain a top-tier facility.

“After that, it was just sort of viewed as a for-profit health care system. It was a place to go when you’re sick; people didn’t think of it as a place to go to get healthy,” he explains. "MultiCare stepping in has totally reinvigorated the community."

In the six years since the acquisition, MultiCare has made it a priority to ensure the physical building and its services match the high-performing quality of the staff who work there, while providing them with better resources and equipment to do their jobs. 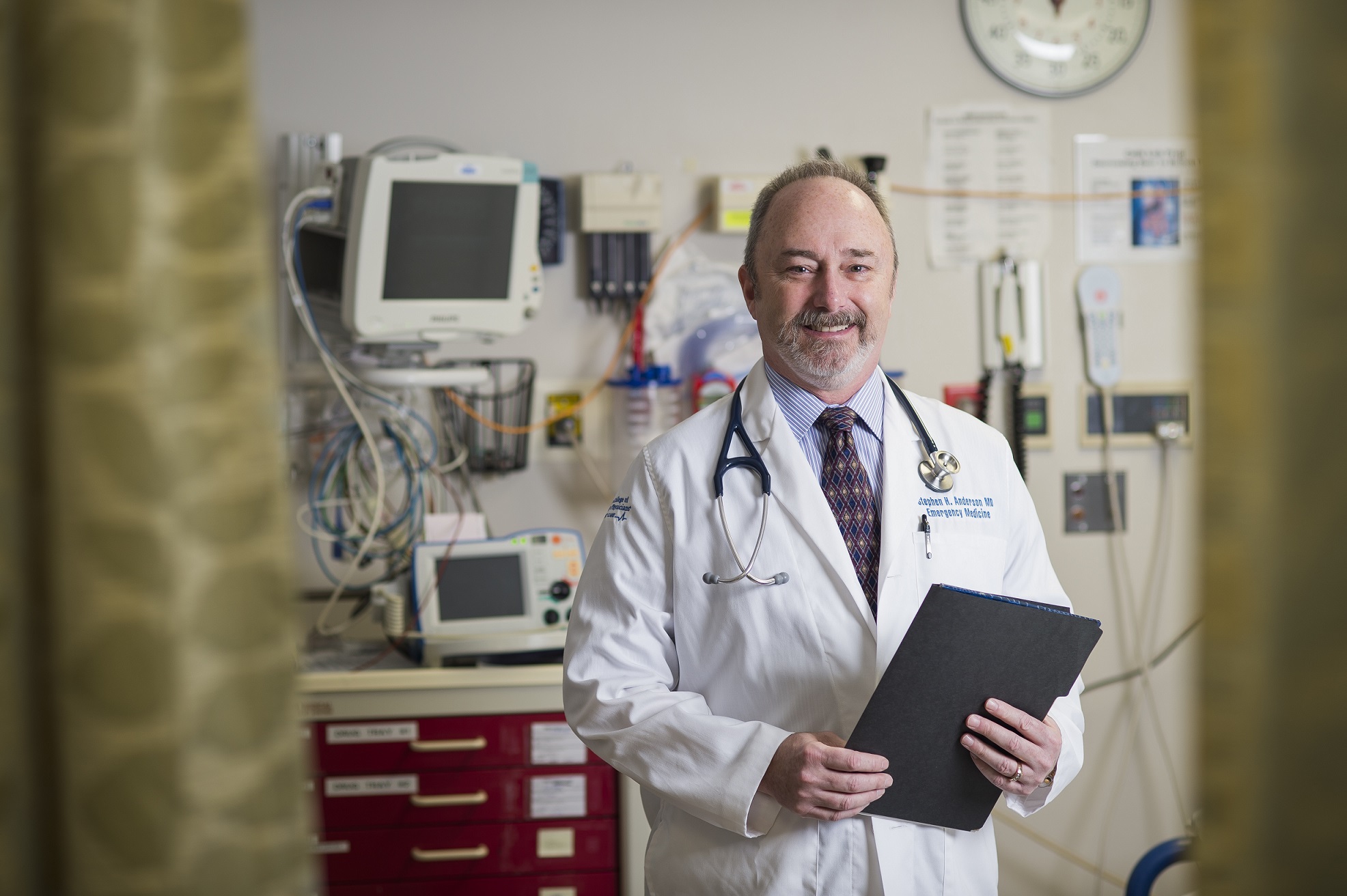 Dr. Anderson attributes the improvements he’s seen to a few things MultiCare has done: an investment in people, structural and service improvements and a philanthropic commitment.

A full renovation of the ED was completed in 2017 and a new adult psychiatric unit was added in 2016 to help address the community’s behavioral health needs. Waiting room areas were also refreshed, and generous donations from the community made it possible to build a new gift shop and a chapel.

“Before then, we’d have patients and families who would ask for a quiet place to find peace or pray, and I would have to tell them we don’t have one,” says Annette Gildemann, Staff Chaplain for the hospital. “For a grieving family, that space gives them somewhere to come together in private. A patient room is just not the same. The chapel serves as a dedicated, safe space for healing and we’re so grateful to have it now.”

There’s also an in-house outpatient pharmacy that didn’t exist before, which is a convenience Dr. Anderson relies on every day to care for his patients.

Patients like Kathryn, who was transferred from the MultiCare Covington Emergency Department to Auburn Medical Center for an emergency appendectomy earlier this year. Kathryn had never been hospitalized before, so understandably, her anxiety was running high. Thankfully, the kindness and professionalism of the MultiCare staff put her at ease right away.

“Dr. Raj, the nurses, assistants and transport staff at Covington all went above and beyond, showing me the highest level of care and concern,” Kathryn says. “And Dr. Kim, the prep nurses and the recovery room staff at Auburn were all excellent. They were there every minute to support me, and have been available for post-op questions throughout my recovery.” 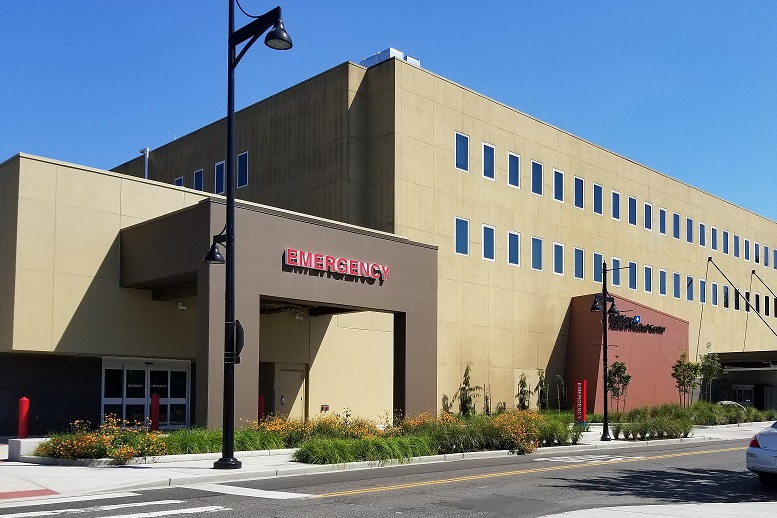 Others in the community have echoed Kathryn’s appreciation for the quality care they’ve received in Auburn in recent years. The hospital’s overall patient experience scores have steadily increased, rising to the 53rd percentile nationwide as of February 2018, compared to ranking in the 5th percentile back in 2013.

To put that into perspective, the 50th percentile is the national average. That means Auburn is now performing better than more than half of the hospitals across the nation.

But MultiCare couldn’t have made such a drastic impact in Auburn without strong partnership and support from community leadership. Mayor Nancy Backus has been an unwavering champion of change for the city not only because she’s the mayor, but because she’s been a resident herself for over 50 years.

She remembers growing up in a community where everyone was invested in one another and deeply committed to supporting each other. That’s how she wants others to feel about the city today, and MultiCare’s nonprofit approach is helping.

Instead of gearing efforts toward generating higher company profits, MultiCare aims to reinvest money back into the communities of our patients and their families.

“I am proud to consider the City of Auburn and Auburn MultiCare community partners,” Mayor Backus says. “When for-profit is your model, the bottom line is always part of what drives you, but when the process is patient-centered care rather than profit, it removes that influence.”

Mayor Backus says the hospital has seen clear differences between operating under for-profit and nonprofit models. As it’s managed now, she sees it as a facility deeply committed to community health with a global philosophy of health care - one that involves all segments of the community, including local government.

“I believe anytime we can all work together to find solutions and make improvements, the benefits are all the more powerful,” she says. 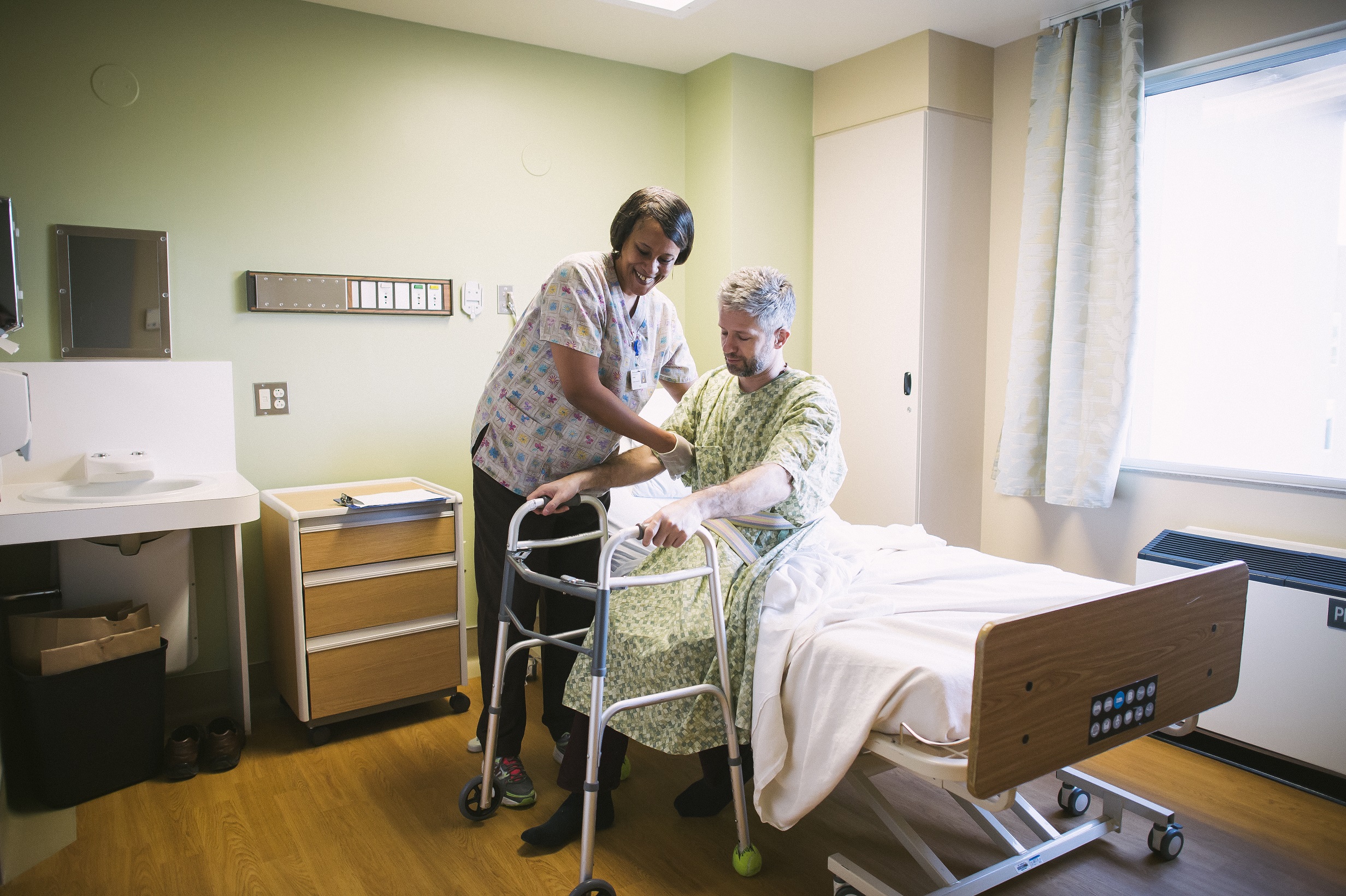 This spring, MultiCare’s commitment to South King County expanded outside of Auburn to the city of Covington with the opening of a brand new, 58-bed community hospital, named Cecchettini Pavilion. As an extension of the existing Covington Emergency Department, the new hospital boasts a 10-bed family birth center with spacious private rooms for families, three state-of-the-art operating rooms and a reflection room funded entirely by community donations to provide a safe and quiet space for healing (similar to the chapel built in Auburn).

Jim Tanasse, Board Chair for the South King Health Foundation, spoke to community donors who helped make the new hospital a reality at an appreciation event following the opening.

“It’s through the generous support of people like you in the community that we are able to bring more and better health care services to this area, so that individuals and families can get the care they need close to where they live and work,” Jim said.

MultiCare President and CEO Bill Robertson closed the event by highlighting the company’s future plans for South King – reaffirming that we’re only just getting started.

“We may be expanding into new regions. We may be looking at new partnerships and new ways to deliver care to people across the state and the Pacific Northwest. But we’ve been dedicated to providing more and better local health care options to the people of Covington, Auburn, Kent, Maple Valley – all the communities in this area – for decades,” Bill said. “And that dedication isn’t going to change, no matter what the future brings.”

By the end of 2018, the Let’s Grow Together campaign will fund construction of a new, state-of-the-art centralized utility plant for Auburn Medical Center.

You can play a part in helping us bring other new facilities and medical services to the communities of Auburn, Covington, Kent, Maple Valley and Black Diamond by contributing to Let’s Grow Together. The campaign aims raise $1.5 million to create an environment of family-centered healing throughout South King County.