Come Walk in honor of Patti 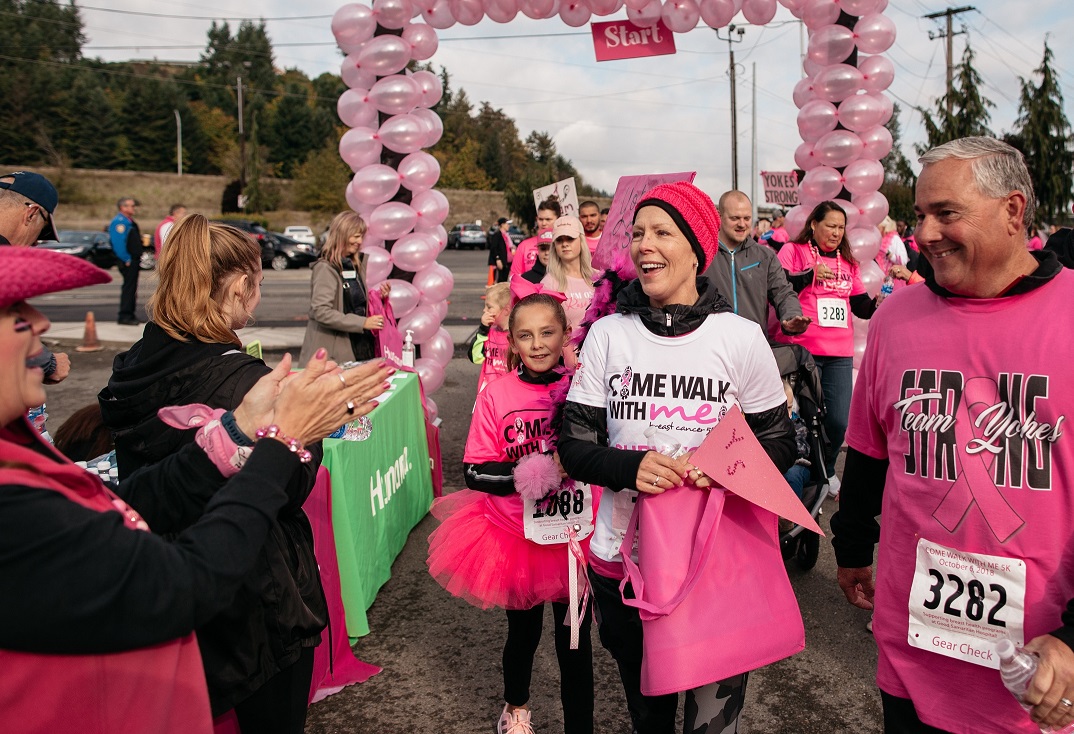 “I thought it was nothing, but I still felt it the next night when I went to bed,” she recalls. “So, I called my doctor, and she told me to get an ultrasound. I ended up finding out on my birthday.”

She asked Tamara Miller, community consultant for the cancer center, what she could do to help, and Tamara told her about Come Walk With Me.

She signed up right away and took her participation a step further by starting her own team, Yokes Strong — a team that grew to be the largest in the history of the event (up to that point, in 2018) at 105 members. Her granddaughter was the first to encourage her to create the team because she wanted to walk with her. Then her husband shared it with his coworkers, and the rest is history.

“My husband is a home builder, so he works with lots of people from different industries, and we’ve made a lot of connections over the years that way,” Patti explains. “He shared it with his subcontractors, and it really just took off from there. It was really cool because they all had a story. Realtors, mortgage lenders; it seemed like almost everyone had a connection in some way.

“The event was such a great experience for me,” Patti says. “Not only were my family, friends and coworkers all there to show their support, but my mom was there too — 21 years after her diagnosis.”

In April 2021, Patti passed away peacefully in her home after her four-year battle with cancer.

Come walk in honor of Patti this October.

Your login information was incorrect. Please try again or click here to have your information emailed to you.